Home of the 5 YEAR WARRANTY 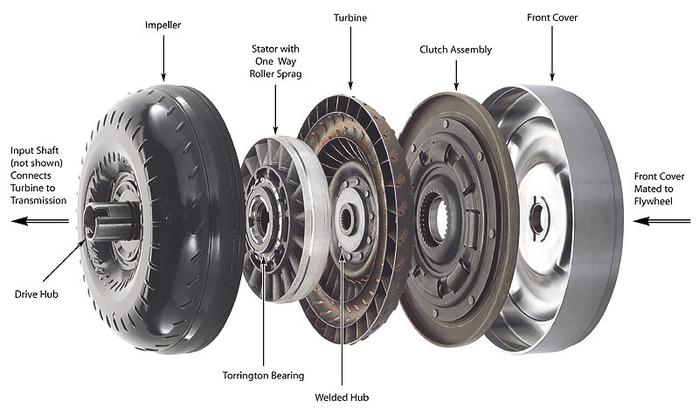 Some Vehicles have a torque converter with a lockup clutch. When the two halves of the torque converter get up to speed, the clutch locks them together, which prevents slippage and improves efficiency.

WHAT DOES A TORQUE CONVERTER DO?